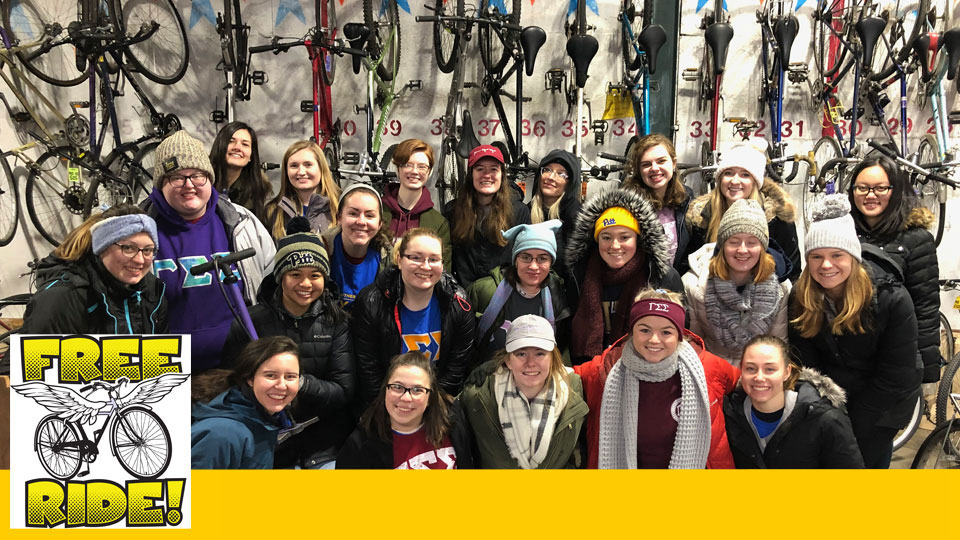 (taken and composed by Pierce J)

– A personnel issue was discussed. Talk to a council member for details.
– Our delicate relationship with Conjunction Junction was reemphasized. We would like all Construction Junction communication to go through Scott K.
– Angela may be leaving for a bike trip for a month or two. Other members have stepped up to cover W&Q night in their absence.
– We would like to streamline council meetings and hope to do more communication via the project manager to iron out details of upcoming projects and proposals.
– The beautification project is coming along. I believe Scott K has installed the black fencing and removed the barbed wire.
– Tom A headed a discussion about considering having the staff positions paid. Erika Johnson of Creative Reuse offered to meet with us to discuss their path from going from a volunteer to paid organization. We’re going to do more number crunching and research. Angela wondered if we could pay youth staffers or mechanics if we got to the point of them regularly staffing.
– A related question came up about getting a board to advise FreeRide from Tess. There was some wariness about going in that direction versus our current system and that too is something we need to spend more time considering. Our current board system has some problems that need to be ironed out that a Duquesne Law clinic previously advised us on, if we want to grow and try to obtain more funding.
– $200 was approved to spend in celebration of our return to summer hours and to recognize CJ’s continued support for and help with FreeRide.
– Angela brought up a request for assistance with a Mexican bicycle cooperative. There was support for the idea. Angela will come back with a list of what the coop needs. Tess suggested we reach out to other area bike shops to see if they want to help too. Scott suggested Kraynicks might be up for helping.
– Scott G and Aryn G will be teaching Sunday classes. Scott K is working with the teachers to get the classes on the calendar.
– Jeff I presented a new door bid for around $1,000. This would include an emergency push-bar and top and bottom locks. He recommended we get a slightly better commercial grade door. I’m not sure if we’re going ahead with that or are still considering it, but I believe we approved $500 for a new door in February. Scott K is going to consult with CJ about whether or not to get a building permit, which will add about $150 to the project.
– The Bike Rack project is progressing. The city approved us for three racks. Creative Reuse will get an additional one. Since the city is installing them, this will not cost FreeRide anything, although we may have to wait a while for them to be installed. Maybe a few months.
– We had a bid for $6,000 to do the electrical work at FreeRide. We would get a new single phase service. Jeff I agreed to take a look at the bid and offer his thoughts. Gregg L thought the bid was high and is going to try and get another bid. Jeff I and Tess may also seek additional bids. There was some wariness about spending that much on the project. Pierce suggested we look at the expense as a stepping stone to completing other projects like better lighting.
– Scott K is engaging in dialogue with BikePGH. We’re considering mutually beneficial agreements including a corporate membership.
– Scott K discussed paying a grant writer to obtain funding. Council approved a $500 grant writing fee to obtain a safety grant and may persue other grants down the line. Some suggested we look into doing our own grant writing, while others suggested we pay the money and invest our energy into other projects that are more to our strengths.
– We’re still working on youth programming. Jeremy offered to talk with and send the information he already has to whoever wants to take over the project, as he’s leaving in June. He reaffirmed his research and need for permission slips and some kind of sign outside of what’s expected of youth when they come in. We still need to get more people clearance’d and more people willing to staff as a youth staffer.
– BikeBike was discussed. The majority of people present were interested in attending the September event. Scott K was willing to drive up with his car. We intend to research renting a van and other associated event costs. Angela suggested some of us may go up earlier in the week to help setup. Angela suggested we offer a 1 to 1 trade for volunteer hours to trip expenses. The details of that are still being researched, as our the actual event costs.
– Having bands and parties at the space was discussed. Tom mentioned a previous event that didn’t pay us. Pierce referenced a New Years party at the old space that upset CJ, with people urinating in the parking lot. Scott K suggested we be open to hosting events in service of the bicycle community, like something Babes on Bikes is doing.
– Pierce expressed his desire for FreeRide to embrace a culture of positivity going forward. This essay describes the social media company Buffer’s attempt to creative a positive work culture:
https://open.buffer.com/no-complaining/
– Tom A, Jeremy D, and Pierce J joined council. Gregg L, Scott K, and Angela U renewed their council memberships. (Clarification from William: William is not on council this term to take time to care for a newborn.)